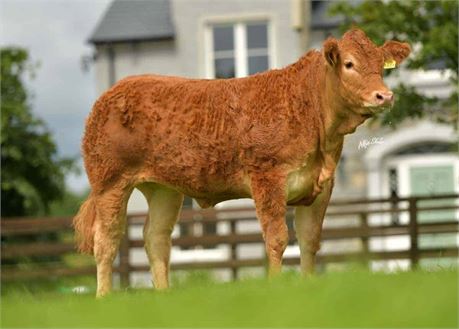 Trueman Paula is a maiden heifer by Telfers Munster.

Paula has all the attributes of a show heifer. Her mother Trueman Acoustics has been a great foundation cow for the Trueman herd.

Paula’s maternal sister Trueman Duet was Champion at the red ladies in Carlisle in December 2009 who went on to sell for 38,000gns.

Acoustics has a fantastic calving record, as well as milking ability. At 15 years old she has never been touched at calving so hopefully Paula will follow in her mothers’ footsteps.

Get on early for Trueman Paula, if Paula produces like her Dam Acoustics you will be making a very shrewd decision to buy and there’s no reason why she can’t be an even better cow than mammy.