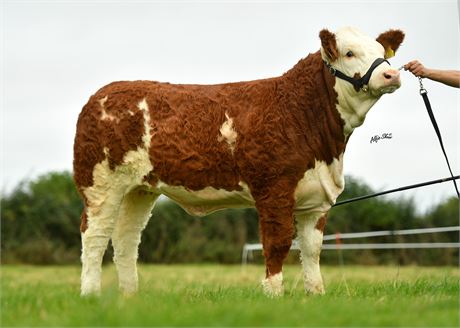 As good as we have offered for sale to date from the Rathnashan Herd and is from the most influential cow family in the herd, Moo Heidi is an exception heifer that has really been admired by all that have seen her. She is very powerful with great width the whole way through. Just like her dam she has a super top line with a serious pelvic. This heifer is a super prospect for a show heifer for next year and is going to make a huge cow. Sired by the super breeding bull the €15,500 Curaheen Gunshot making her full sister to National Champions Klum and Kelloggs.