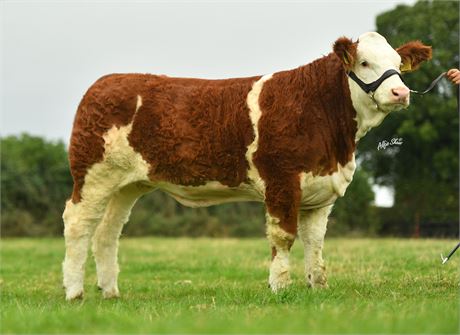 Just like her full sister lot 1 Muffin Heidi is a real power house of a heifer with a serious top-line and pelvic. She again is full of style and presence and is going to make a huge cow as well as a ready-made show heifer for next year. A real prospect as a flushing female and show cow of the future. Sired by the super breeding bull the €15,500 Curaheen Gunshot P making her full sister to National Champions Klum and Kellogg's.