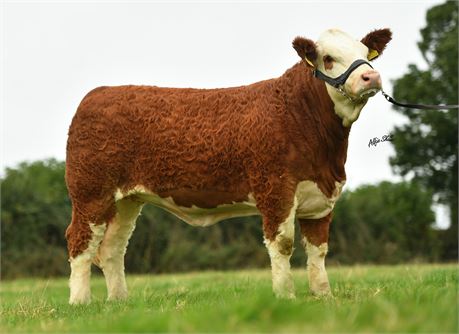 Macaroni is once again full sister to lots 1 and 2, not often does as consistent a batch of female come available for sale from one cow. She is an extremely long heifer with great width from head to tail and like her sisters, she is extremely docile. Again like her sisters she is very correct and is the makings of a proper breeding female and if she is anything like her dam she will have an abundance of milk. Sired by the super breeding bull the €15,500 Curaheen Gunshot P making her full sister to National Champions Klum and Kellogg's.