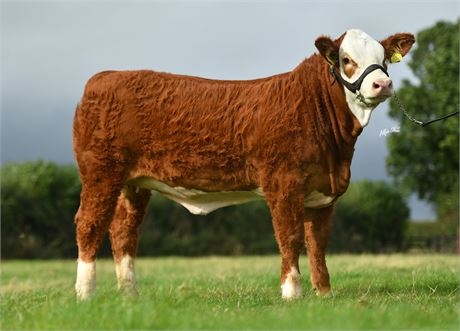 Nancy is a very stylish spring born heifer with a great presence. With the added bonus of being polled, she has a very smart head with a super set of lugs. She is a heifer with extreme length that is really well grown for her age. With width and a super top line, Nancy has real power from front to back and is very correct that is going to make a big square cow of the future. Sired by our much-admired stock bull Heathbrow Himalya P whos first female was sold at least years draft sale for €7,300.