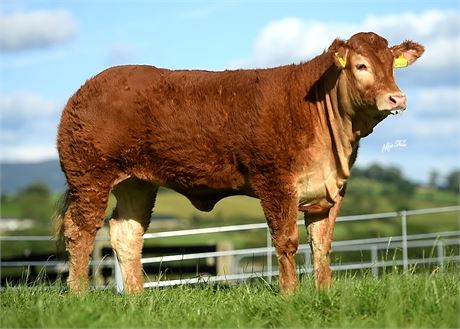 Trueman Shania is one of the youngest heifers in the sale but is very special.

She is the first daughter to be sold out of Trueman Noreen, the Overall Interbreed Champion at Balmoral in 2018 and probably the best female to ever have been bred at Trueman.

Her grandmother is the 40th Anniversary National Champion Trueman Euphonium.

Her sire Telfers Munster’s first daughters are proving to be very milky so Shania should have good milking ability.

Shania has the potential to be a real show heifer next year and combined with her breeding is a heifer that only comes to auction very rarely!!

Haulage: Free transport to N.I, the Republic of Ireland and to a central location in the U.K

Open Day: Pickup and return will be provided for anyone wanting to travel from mainland UK from the airport or ferry. Arrangements can be made for both open days.